You can also see our article on:

As always, I kept ma promise by releasing this "No Root Version Of Toggle Mod For Mini Militia v2.2.86" works with every non rooted Android devices, combined with awesome new features. 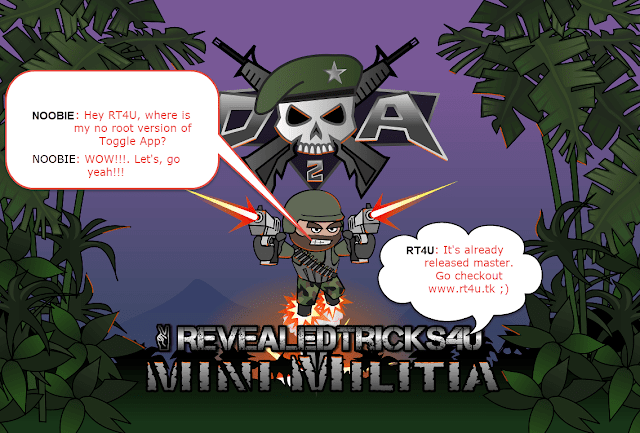 What are the Features?

How to install? - (For users who knows my Toggle Apps before)

NOTE - IF YOU'VE ALREADY PATCHED AT LEAST ONCE WITH THIS APP, THEN YOU DON'T HAVE TO UNINSTALL FOR FUTURE PATCHES, JUST PRESS CANCEL, AT THE UNINSTALL WINDOW.

All I am asking you is "Share and Subscribe" ;).
Please feel free to leave your comments, If any problem persists.